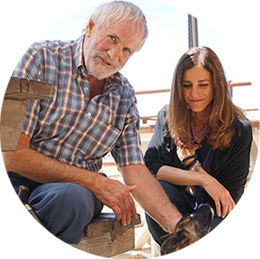 Steve Brown, referred to as the 'God Father of Raw' is the original creator of ADF,  a nutritional researcher and the founder and formulator of the first commercially available fresh-raw pet food in the USA.  Steve is the author of two of the better-selling books on canine nutrition, 'See Spot Live Longer', and 'Unlocking the Canine Ancestral Diet', numerous articles in pet and veterinary journals, a frequent speaker at veterinary and dog-health related conferences. Now retired, Steve's legacy continues to be a well-respected voice in the field of pet nutrition. 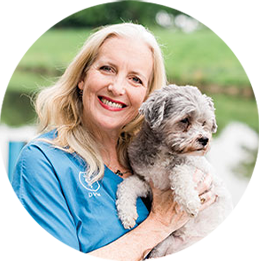 Dr. Barbara Royal is the founder and owner of The Royal Treatment Veterinary Center in Chicago, past president of the American Holistic Veterinary Medical Association (AHVMA), and of the AHVM Foundation, and a co-founder of the Royal Animal Health University (RAHU). Dr. Royal is an internationally renowned pioneer in integrative medicine and physical rehabilitation. She was the first veterinarian in the world to perform acupuncture on a zebra and has worked with wildlife, zoo animals, and pets. She is known as a passionate advocate of common sense and cutting-edge approaches to animal health. Dr. Royal provides a bridge between Western and Eastern medicine for her clients that include pet parents in her local community as well as for high profile and celebrity pet owners. She has studied and uses many integrative and holistic modalities, including Acupuncture and Traditional Chinese Medicine, advanced herbal medicine, physical rehabilitation, and homeopathy. She lectures around the globe, is widely published, and has been regularly featured in the media and in film documentaries for her groundbreaking work. Her engaging first book, The Royal Treatment: A Natural Approach to Wildly Healthy Pets, has been used as a textbook for integrative vet courses and is widely available. She teaches about all aspects of practicing integrative veterinary medicine through RAHU and is an adjunct professor at California Polytechnic State University.

She lives and works with her family and various wildly healthy pets in Chicago and on their organic farm in Michigan. 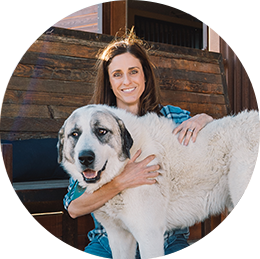 Natasha Lilly, DVM, CVA, Co-FOUNDER. Since graduating in 2008 from UC Davis with honors and a focus on Equine Medicine, Dr. Lilly, has continued her ongoing quest for options in health including certifications in acupuncture (IVAS 2010) and studies in Chinese Herbal Medicine (Chi Institute 2012). She has also worked and studied under Dr. Barbara Royal and under the continued mentor-ship of Dr. Jaymie Noland of Cal Poly, San Luis Obispo where she applies her passion for holistic approaches in class as a professor and in her practice in California. In addition, Dr. Lilly co-operates with a working ranch where she can practice better stewardship for several livestock species and the land that nourishes us all.

Dr. Lilly explores solutions for big world problems that can be appreciated best through the eyes of nature. This lead to the start of another company, Animal Diet Formulator, where she has begun working alongside top leaders and researchers in pet food nutrition globally in addition to involvement in regenerative agriculture practices through the Center for Regenerative Agriculture at Chico State University. Dr. Lilly lives by questioning conventional practices when they limit success and finding solutions where possible in more natural medicines and modalities, and creating change that is needed for true health. 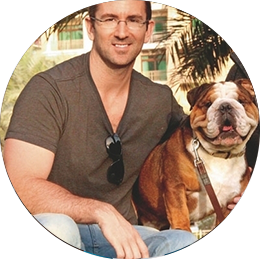 Robert Kelly is the Founder and Chief Executive of Furchild, the Middle East’s first fresh, raw and organic pet food company, which he set up with his partner in November of 2016. Based in Dubai, the company distributes to pet owners and veterinary clinics across the UAE with plans to expand into the GCC and Europe.

Robert studied business and law at the University of Stellenbosch in South Africa, where he gained a Property Development and Asset Management background in Cape Town. He arrived in Dubai 12 years ago, and it wasn't long before he was hired by The First Group, one of the largest private property developers in Dubai and the Middle East. While there, he worked on numerous aspects within the Group from Asset Management, Design, Branding, and Business Development to various Hospitality projects within the Group’s portfolio.

But it was his love for health and well being that drove him to join an innovative food and lifestyle start-up called Kcal, as the Chief Operating Officer. The company was dedicated to changing the fast food industry as we know it and bringing the world optimal wellness through good, wholesome and healthy food.

His passion for health and well being coupled with his love for animals soon inspired Robert to ultimately join the two together in Furchild, where each day, he helps bring the world's pets optimal wellness through the best, wholesome, fresh and organic pet food on the planet.

Robert was one of the fortunate few to have been personally coached by Steve Brown on one of the earliest versions of the program back in 2016. Under Steve’s tutelage, Robert was later introduced to James Pendergast, one of Steve's first and foremost proteges, and expert in the program. Over the following years, James and Robert established a close friendship and are now colleagues, having developed complete and balanced Furchild recipes, which set the standard for Raw Pet Food.

Furchild has already gained plaudits among the raw pet food community for bringing together cutting edge nutrition with the ancestral diet of carnivores for the benefit of today’s domesticated pets. 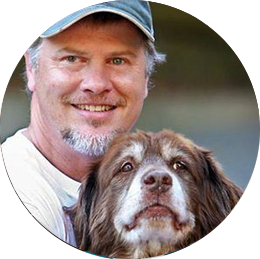 James Pendergast is one of the leaders in the raw pet food world, having worked over 13 years for one of the leading raw pet food companies in the US as the Product Formulator & Veterinary Director. In that time, and working under the tutelage of Steve Brown, James brings with him unparalleled and professional raw pet food formulation experience, ingredient research and proven results with his species-appropriate formulas.

His approach pushes the boundaries when it comes to optimal, age-specific pet nutrition. James continues to collaborate with some of the most progressive fresh food feeding veterinarians including Dr. Barbara Royal and Dr. Karen Becker in formulating some of the most groundbreaking raw therapeutic pet food recipes available today. Currently, an active consultant, here in the US and Internationally, James shares Steve’s passion in helping industry professionals and pet food companies formulate fresh meat-based diets that meet US and European standards. He is HACCP certified and is a Preventative Controls for Animal Foods Qualified Individual (PCQI).